Tillsonburg Anglicans have worshiped in their own church since 1868. The first St. John’s (located on Harvey Street) was destroyed by fire in 1870, and a new church (located on Rolph Street) was consecrated in 1873, where it served for 27 years. It was replaced by our current church at the corner of Bidwell and Ridout Streets, the cornerstone of which was laid on August 18, 1899, and the building completed in 1900. The parish hall, a separate structure, was opened shortly afterwards, and in 1945 a third building was added, uniting the two.

The Parish up until 2011 also included St. Stephen’s, Culloden (originally named St. Alban’s), which was deconsecrated on August 14, 2011, with the property being sold by the Diocese the next spring. The members of this congregation were warmly welcomed by our St. John’s family and have added significantly to the life of our congregation. In commemoration of this change, our Lady Chapel (formerly “All Souls”) was renamed “St. Stephen’s Chapel.” The altar, altar rail, credence table, and stained glass window from the former St. Stephen’s, Culloden are featured in this newly named chapel.

The 100th anniversary of the current church building was celebrated in 1999. To commemorate this occasion, a history book was compiled entitled “The First Century: 1899 – 1999” detailing the rich history of Anglican worship in Tillsonburg. If you are interested in more, the book can be borrowed from the church office.

Since our 100th anniversay we have entered into and completed an expansion and renewal of our facilies making them fully accessible with new offices, washrooms and meeting rooms to meet the expanded needs of our community.

For almost 150 years, the people of St. John’s have been gathering together for worship and sharing the love of God with others through our Anglican traditions, values and sacraments.  Come and join us; you will be welcomed!

The History of St. John's Anglican Church, Tillsonburg, Ontario
History from 1868 to Present

St. John’s Tillsonburg is located in the southern part of Oxford County.  It belongs to the Deanery of Oxford, in the Diocese of Huron.  Together with St. Charles, Dereham, it makes up the Anglican Church family, in the parish of Tillsonburg.

St. Charles, Dereham, now a Chapel of Ease, began as the mother church in this region.  Built in 1844, it was consecrated in 1845 by Bishop John Strachan of Toronto.  The Parish, up until 2011 also included St. Stephen’s, Culloden (originally named St. Alban’s), was deconsecrated and the property sold by the Diocese the next spring.  The members of this congregation were warmly welcomed by our St. John’s family and have added significantly to the life of our congregation.  In commemoration of this change, our Lady Chapel (formerly “All Souls”) was renamed “St. Stephen’s Chapel”.  The altar rail, credence table and stained glass window from the former St. Stephen’s, Culloden, found a welcome place in this newly named chapel.

On Sunday, June 7th, 1868 Tillsonburg Anglicans worshiped in their own church for the first time.  The modest building, described in the Tillsonburg Observer,  as” a tasteful erection in the gothic style”, placed under the protection of St. John the Evangelist, stood on the corner of Harvey and Rideout Streets, on a site that was given as a gift by E.D. Tilson.  Three services, with overflowing crowds, were held that day.  Two years later, it was destroyed by fire.  The site was sold and the money used to buy a new site and a new “mission chapel” on Rolph Street, which served the Anglican Community for 27 years.  It was consecrated on November 22, 1873 by Bishop Isaac Helmulth, as St. John’s Church, the name used today.

In 1897, as a memorial to the 30th Anniversary of Confederation and the 60th of Queen Victoria’s Coronation, a new church was decided upon, to be situated on the present Bidwell and Ridout Streets.  On August 18th, 1899, the cornerstone of the present St. John’s Church was laid.  Imagine in 1900, the faith of these former parishioners, who took out a mortgage to pay for our place of worship.  The new St. John’s was in every sense a people’s church.  The ladies of the church paid $1,500 for the lot and the parishioners carefully watched over the construction with the consequence that the building cost only $6,280 and $1,000 for the parish hall, completed the following year. In celebration of the opening of their new church and parish hall, four services were held on September 23, 1900, with 1,186 attending. For 10 years they struggled to pay off this debt and were overjoyed to finally have the Bishop come to consecrate St. John’s Anglican Church in Tillsonburg, on May 1, 1910.

In 1944, it was felt that a fitting memorial to those who served in the Second World War would be the erection of a Memorial Parish Hall, joining the original Hall with the Church.  Rosanna Baptist Church was purchased for $400, to be used as a connecting building.  In 1947 a new brick and field stone entrance to the church, was built at a cost of $1,200.  Three Sunday School rooms were added to the side of Memorial Hall in 1956.  Among the many enhancements and additions undertaken over the years, were the relocation and renovation of the kitchen, air conditioning for summer comfort, new doors and a beautiful memorial garden which surrounds the grounds.

Over the past decade, it became increasingly evident that our building was in need of extensive renovations which would allow us to continue to be faithful to living out our vision of being a place where all people are able to gather for worship, learning, fellowship and service.  In order to meet the needs of existing programs and ministries at St. John’s and to respond to future opportunities to connect with the wider community and proclaim God’s love, a courageous, $750,000 project, under the title “Renew:  Kindle the Flame” was envisioned and brought to completion in 2017 thanks to the generosity of St. John’s parishioners and the hard work of its Leaders.  Now we have accessible space for worship and fellowship, adequate office space for our clergy and staff, a proper environment for Christian Education, energy efficiency, upgraded and accessible washroom facilities, a refurbished parish hall that can serve the wider community and convenient space for small and large group ministries.

We are excited about the future!  We are committed to being a place that proclaims God’s love for all people and all creation.  Our hope is that everyone who walks through our church doors will feel welcomed, accepted and loved, and that they experience St. John’s to be a place where they can come to hear about God’s love, to grow in Christian faith and to be moved to action in making the Grace of God known in our community and beyond.   For almost 150 years, the people of St. John’s have been gathering together for worship and sharing the love of God with others through our Anglican traditions, values and sacraments.  Come and join us; you will be welcomed!

A Glimpse of Who We Are!

Below is a slideshow of St. John's Parish 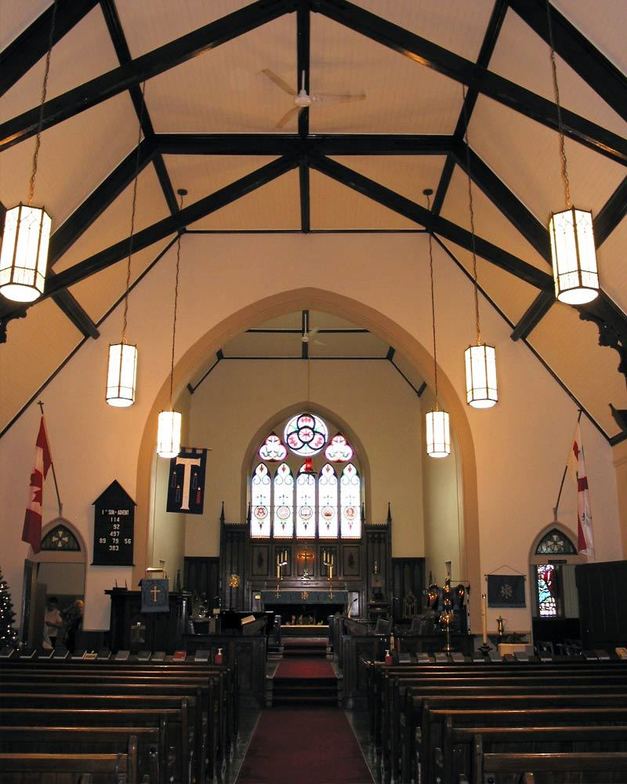 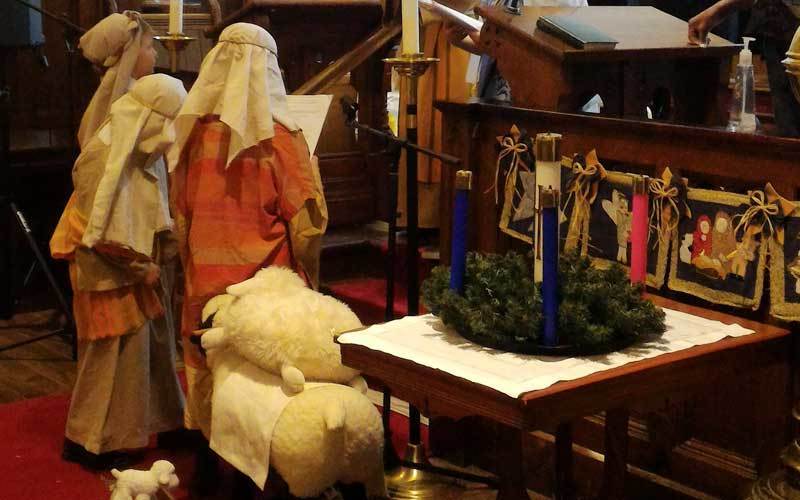 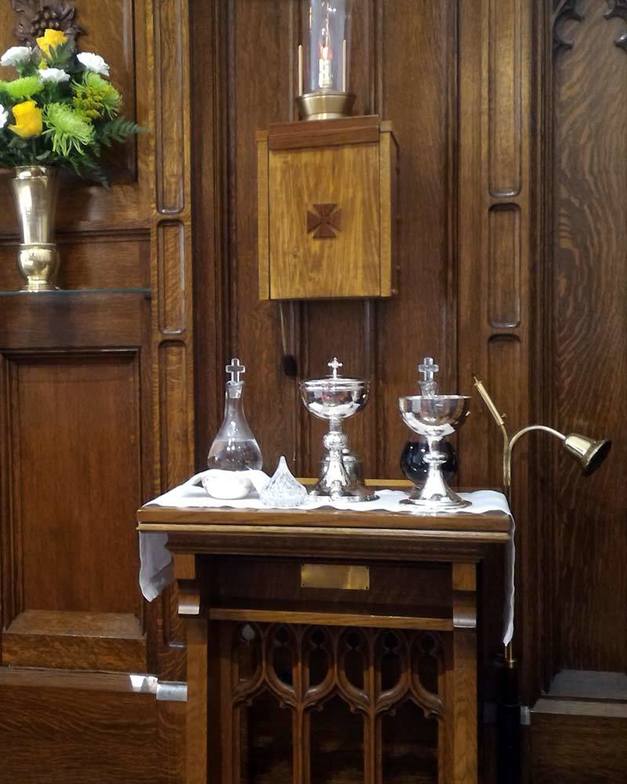 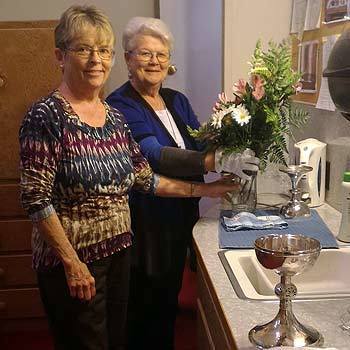 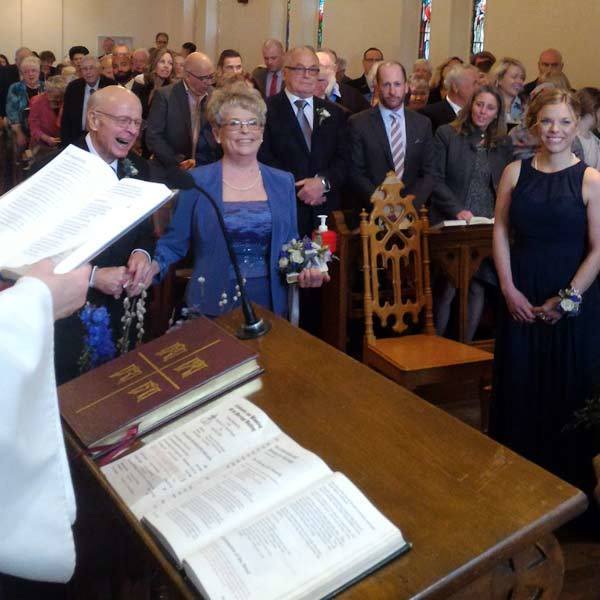 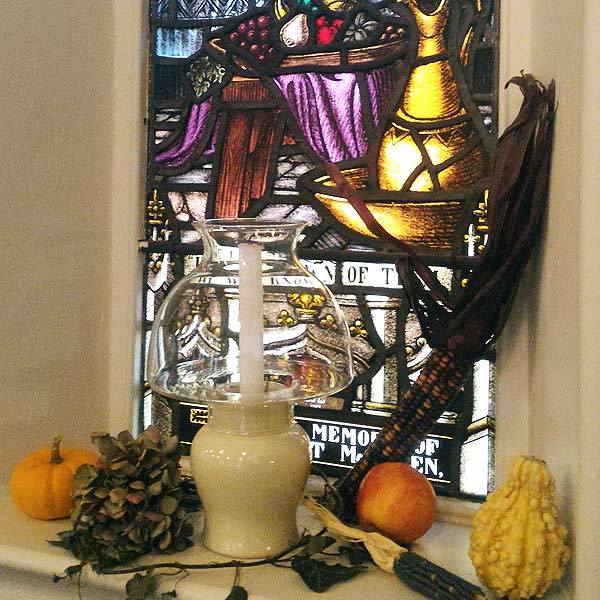 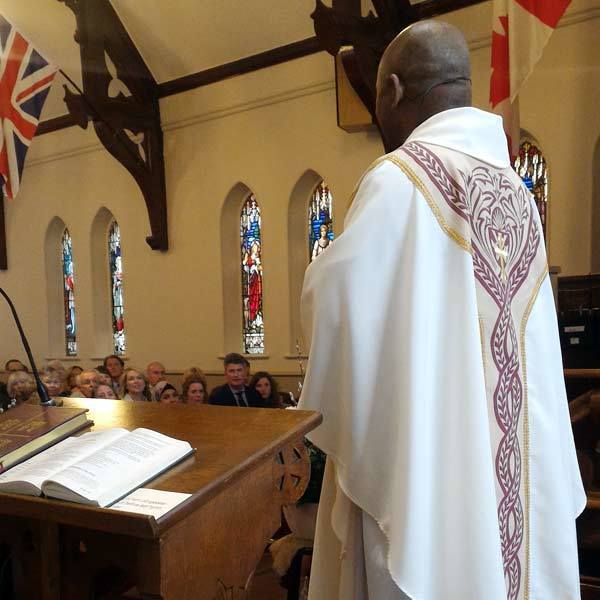 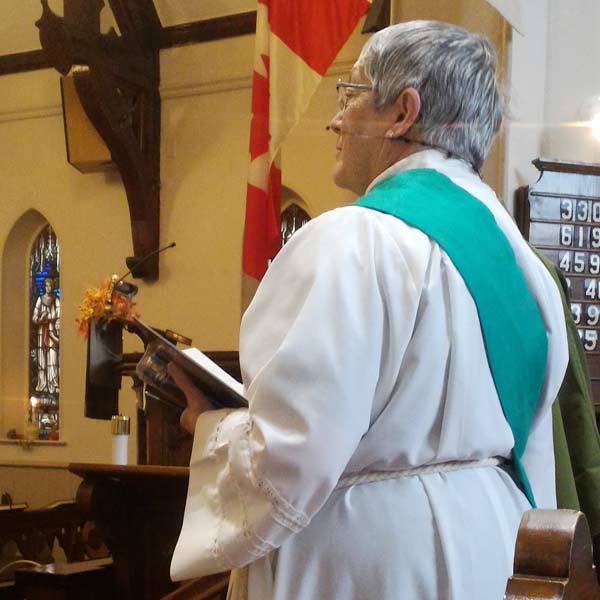 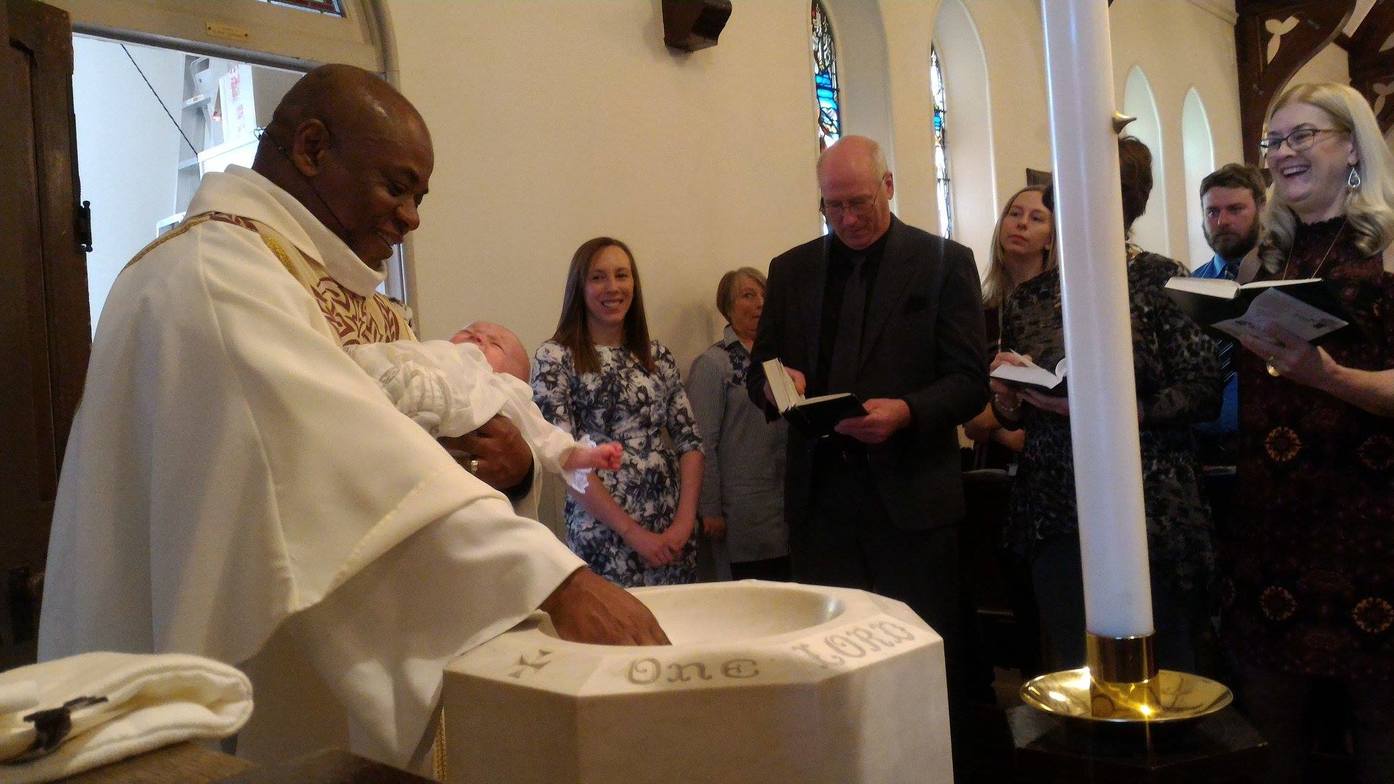 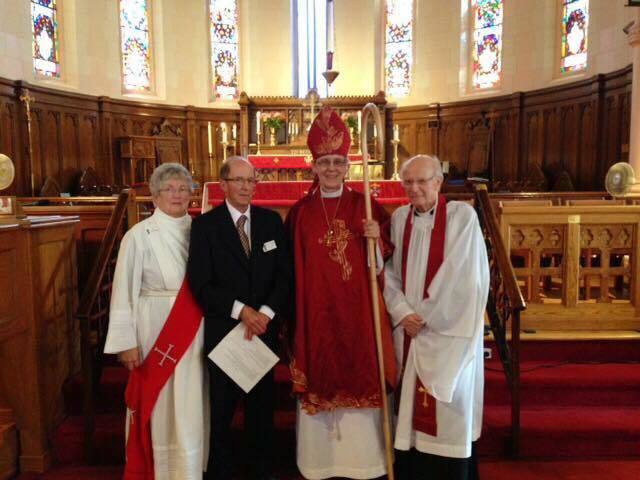 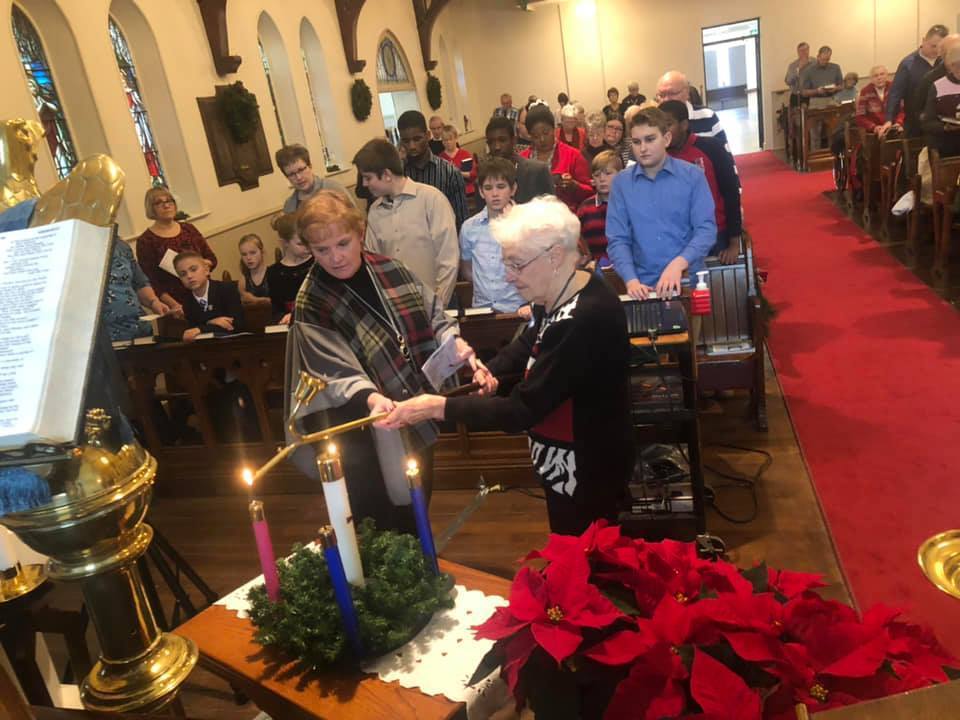 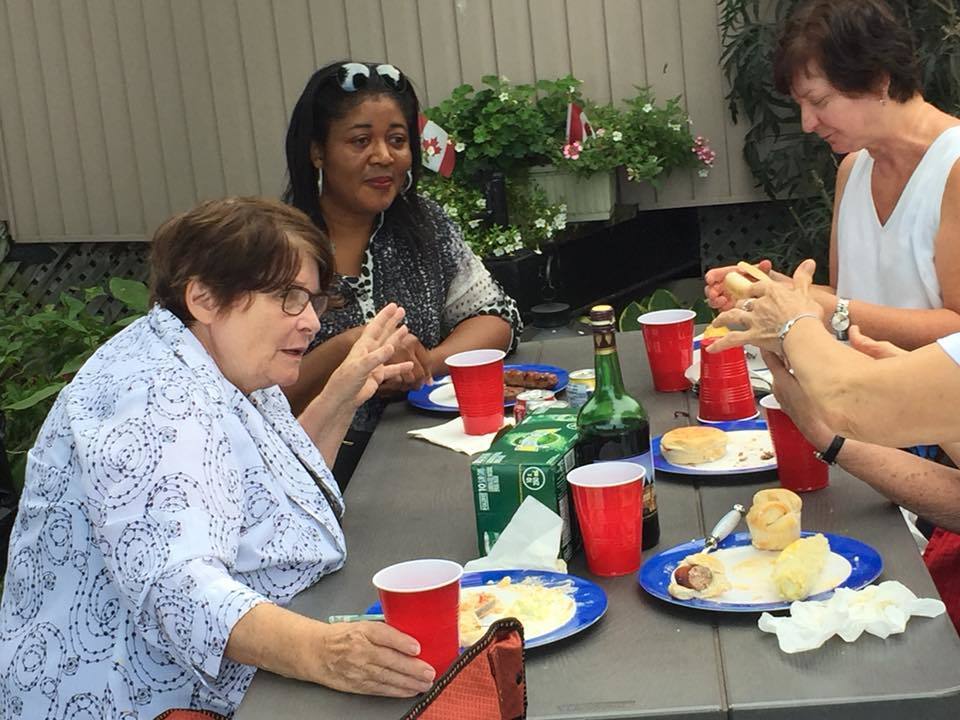 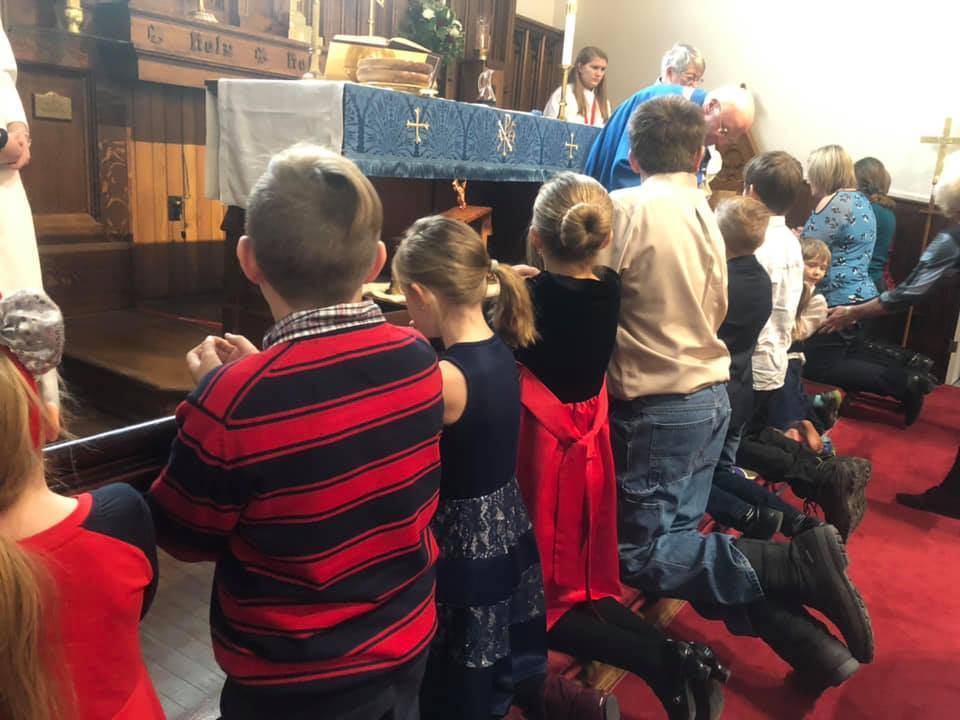 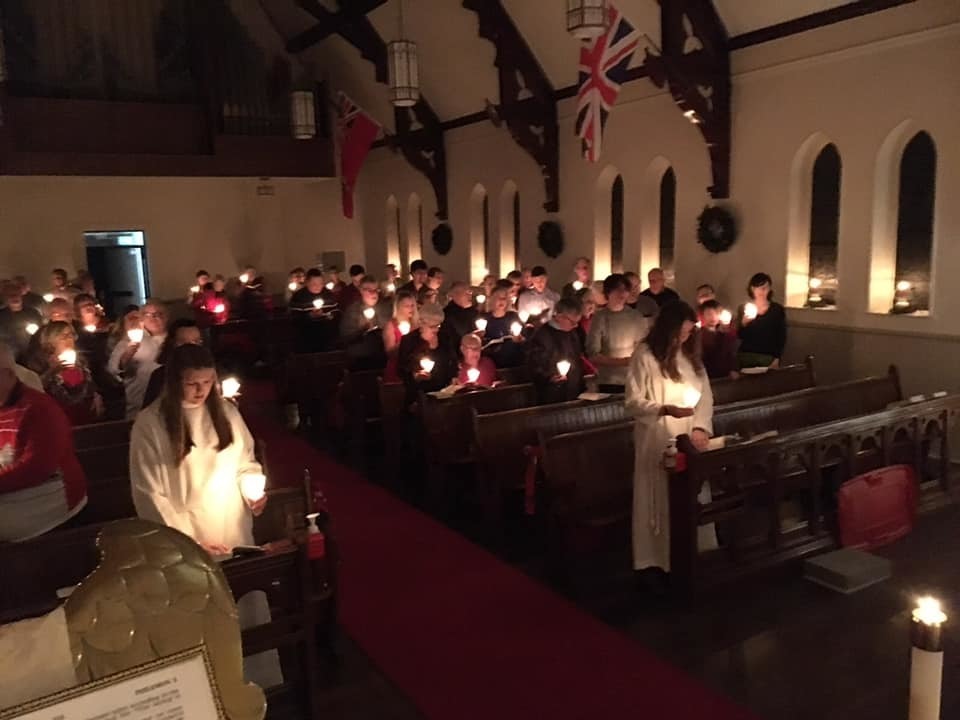 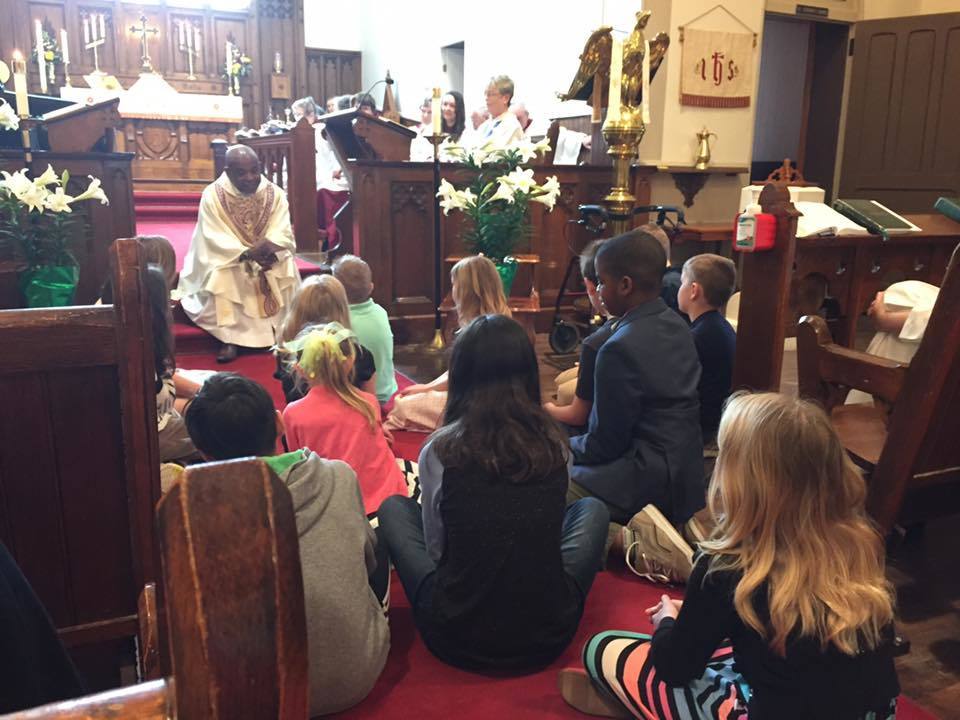 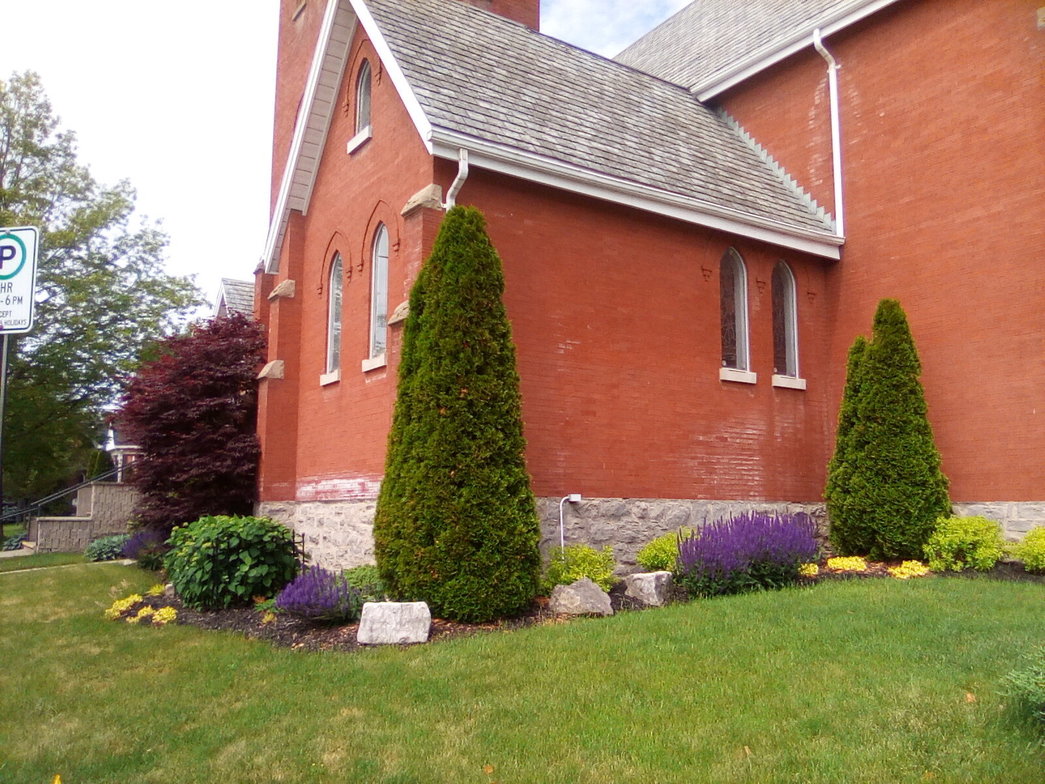 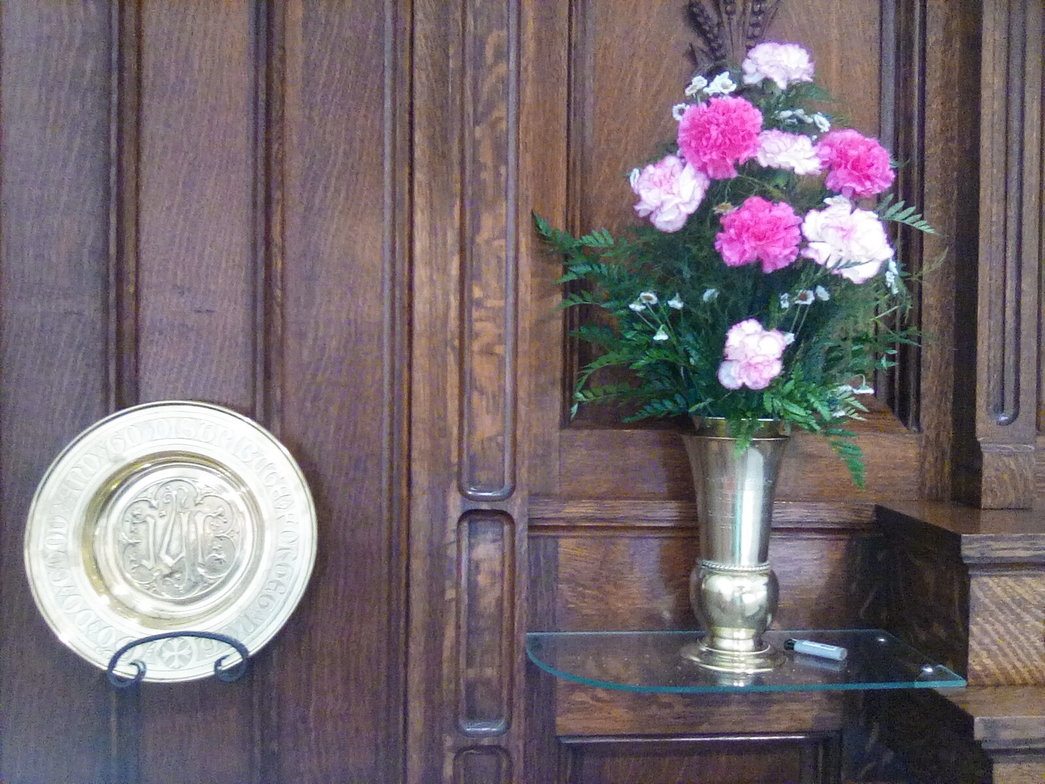 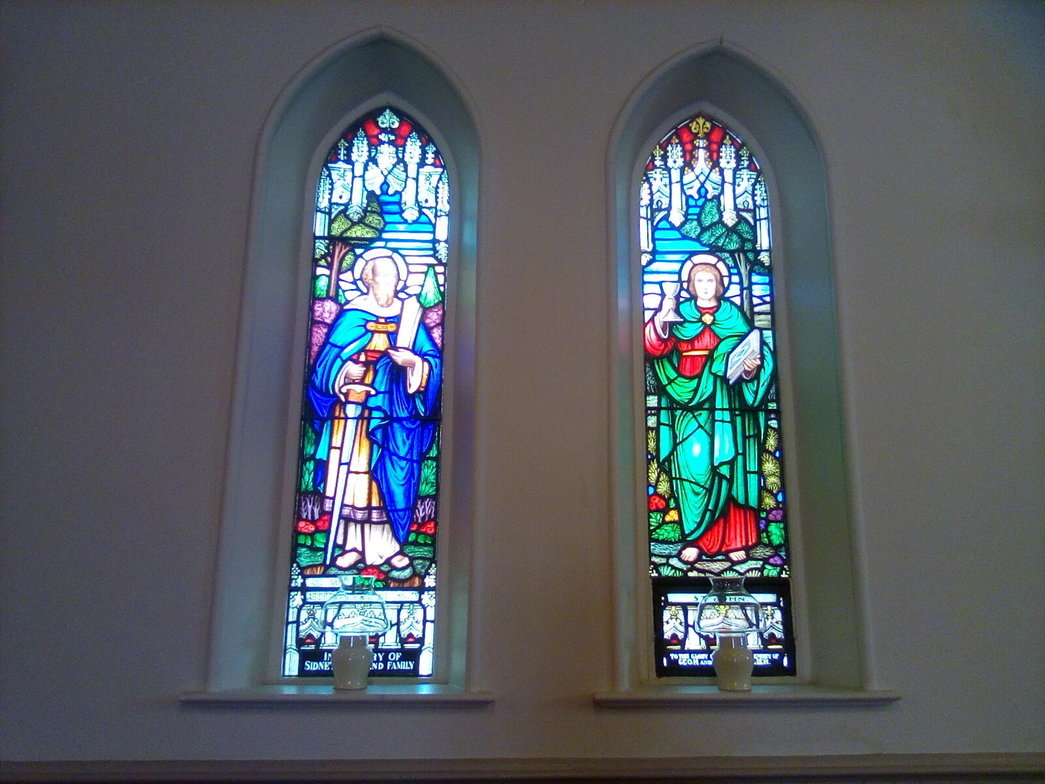 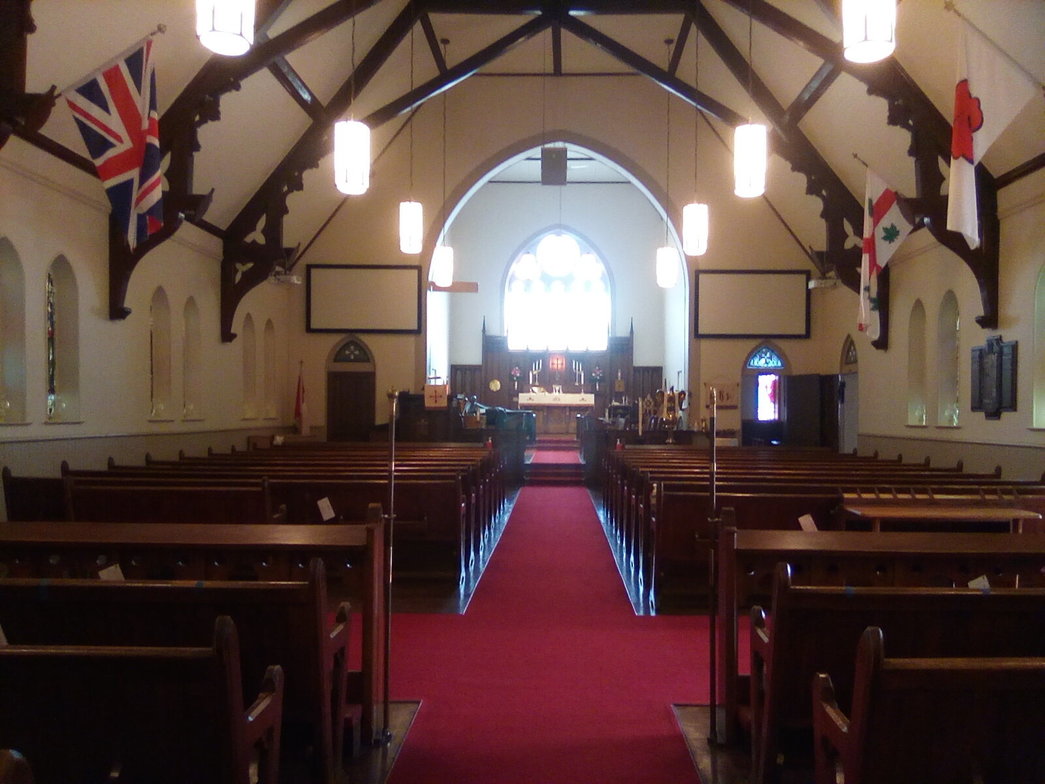 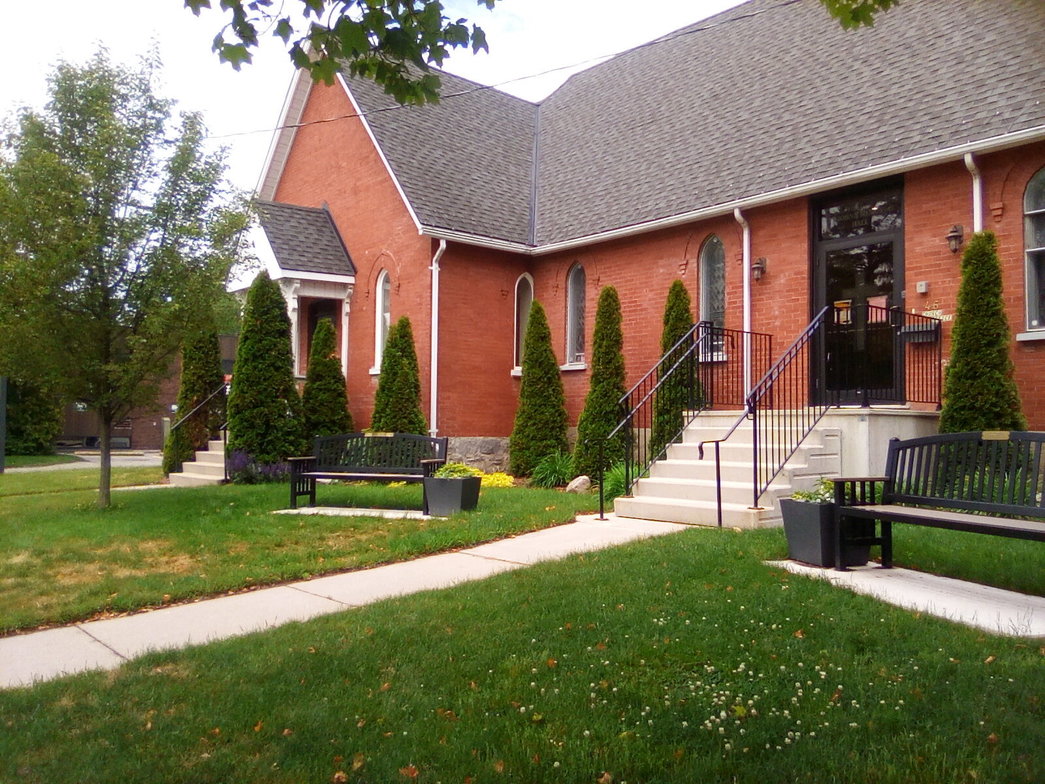 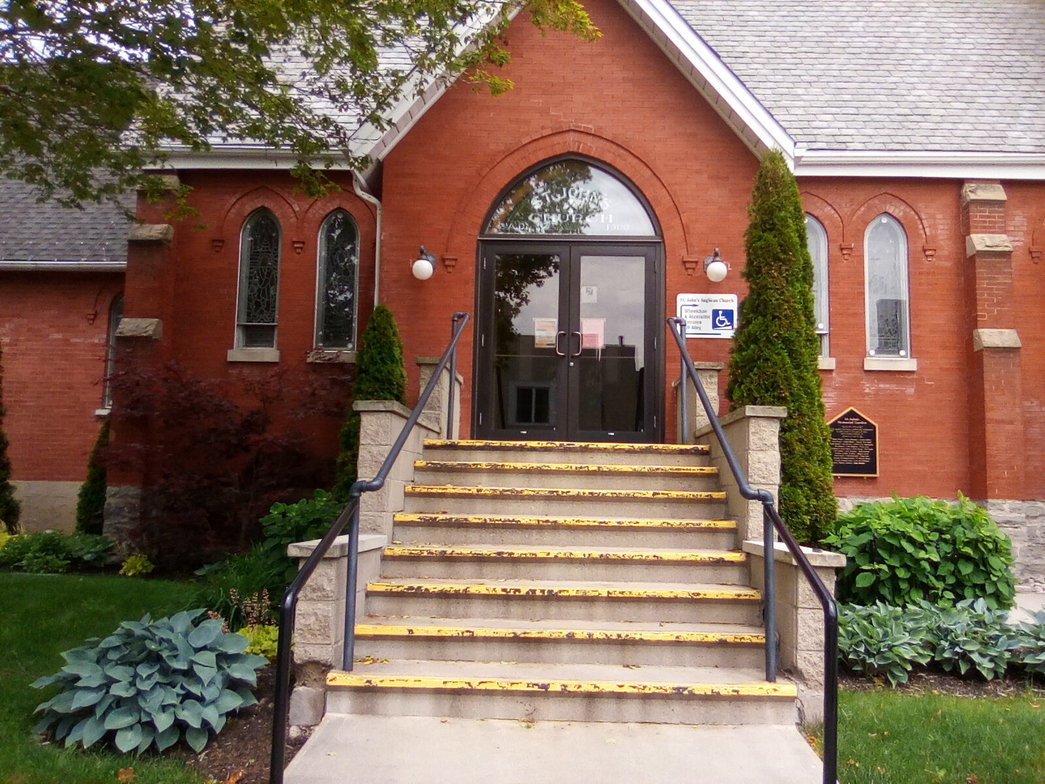 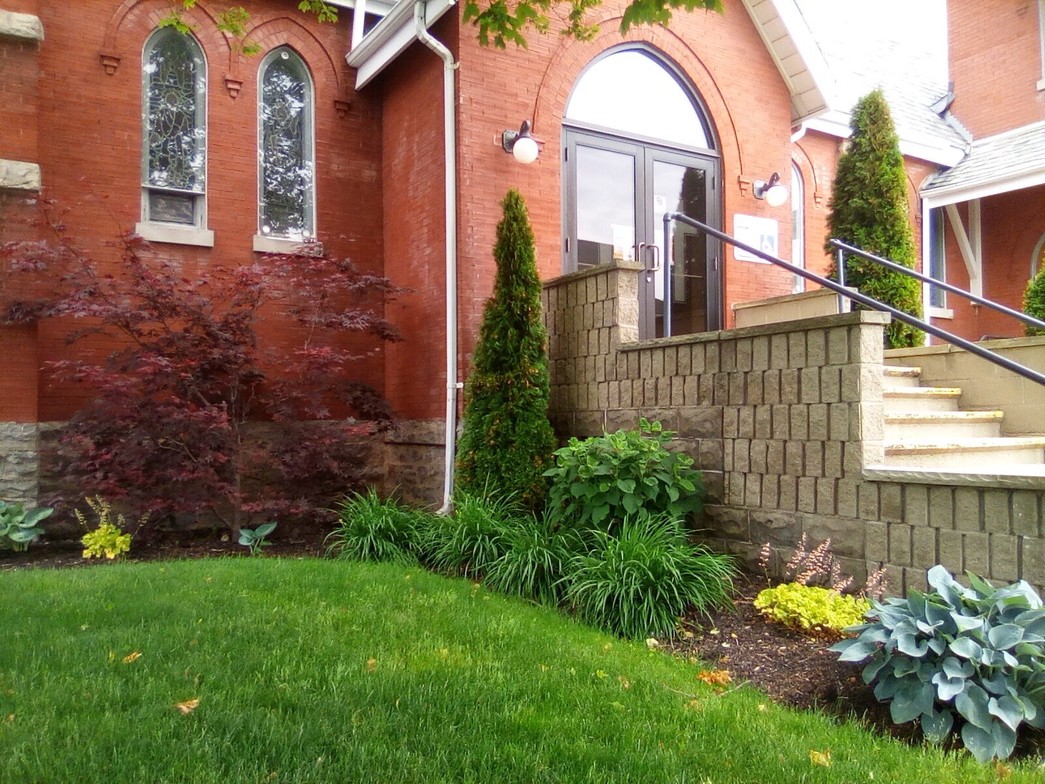 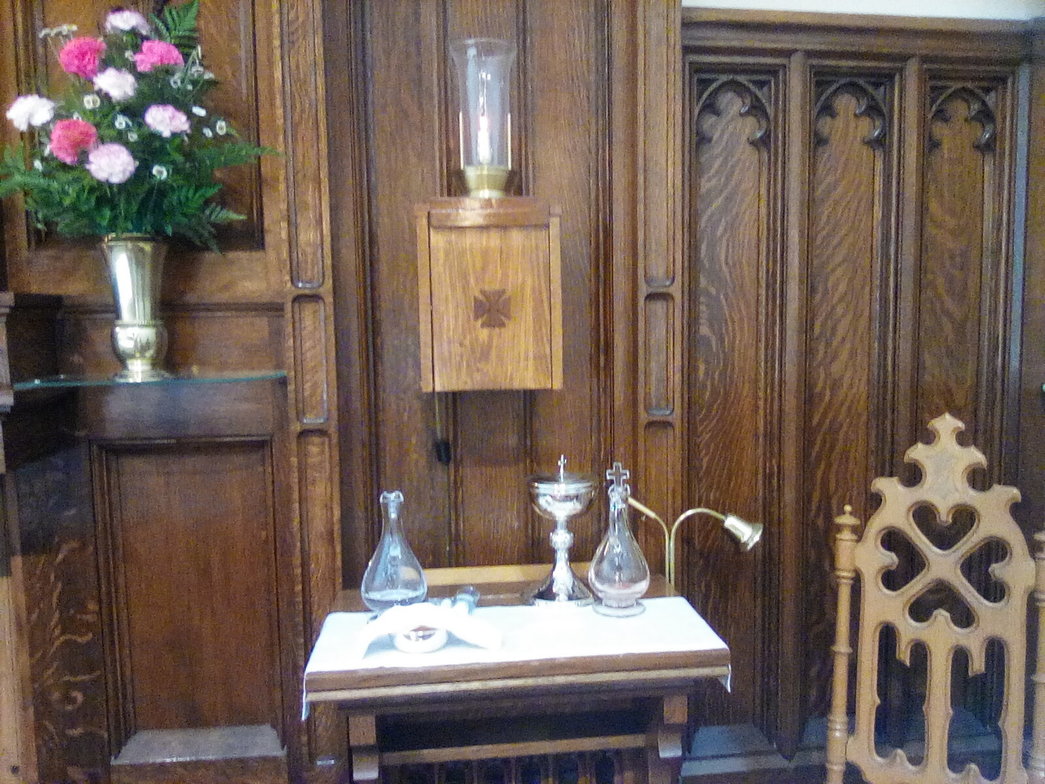